The first prototype was made in February 2021

As you can see, it was green and had a blue rectangle in the middle. It had a lot of exposed electronics as well. It used 3d printed keycaps and microUSB.

First introduced to the world in April 2021. 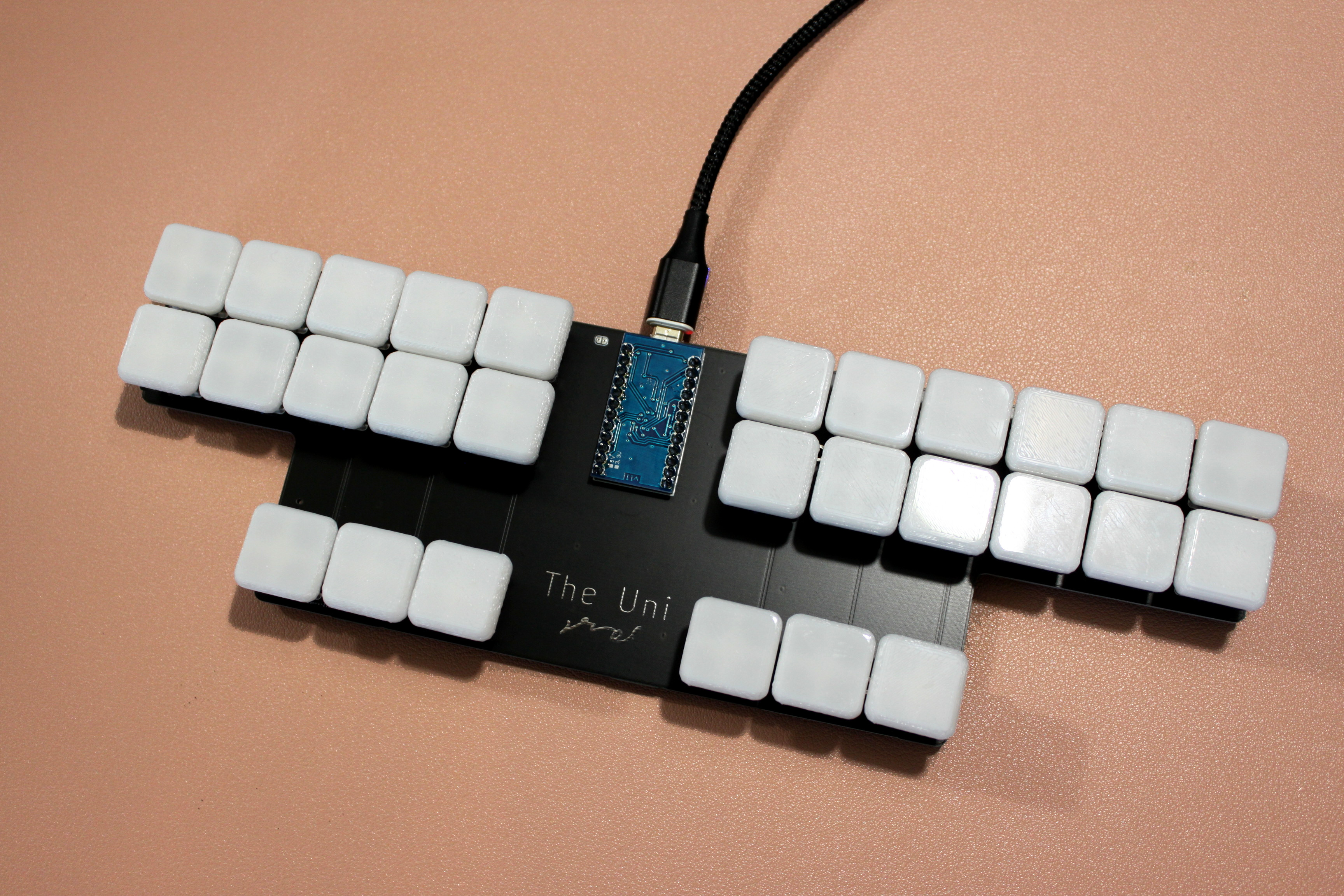 It now has backplate compatibility, but it still has a Pro Micro (aka. blue rectangle in the middle), 3d printed keycaps, and microUSB.

We still sell the PCBs for this keyboard for people who want to make it themselves.

Kickstarter for the v3 launches in October 2021. Our goal to mass produce the Uni was reached. 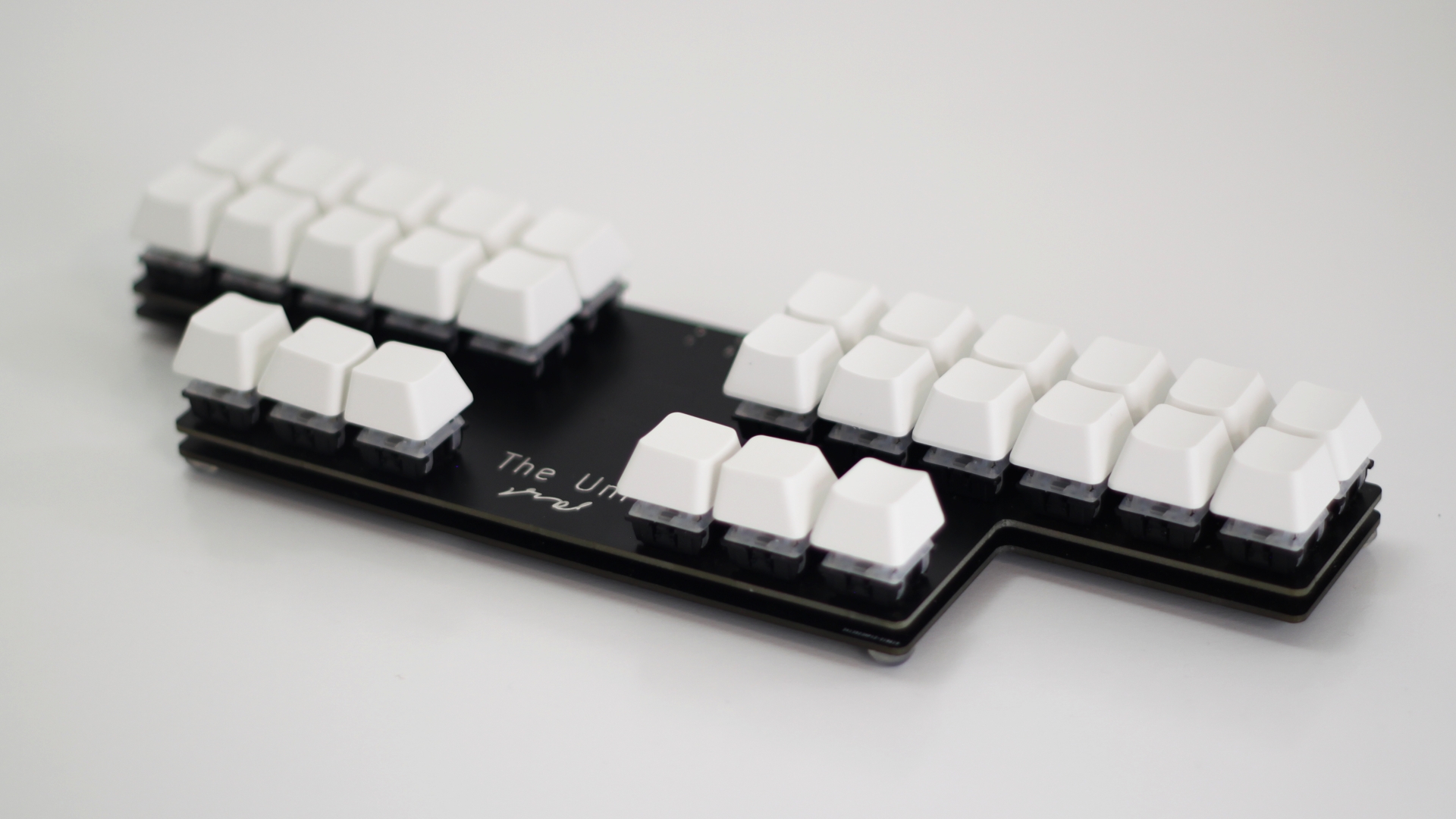 It no longer has a Pro Micro, but has all the chips and stuff embedded into the board itself. It also has injection molded OEM R3 keycaps that I prefer, personally. And it finally supports USB Type C.

Launched in August 2022, we introduce the new and improved Uni v4. We added a switch plate and changed up the chip and wiring inside the board. The result is a sturdier and more powerful keyboard. We are planning to add embedded steno capabilities (stenoing without needing to connect to Plover) to the Uni v4 in the near future.

What makes the Uni v4 so good?

Here is a list of improvements we made to the v4 compared to the previous versions:

I got my uni v3 this summer and it’s worked so great for my learning experience! It’s comfortable and feels great to use. I appreciate this project for bringing more attention to stenography for the community!

I love my uni v3, learning Plover on it. Just want to recommend adding a camera mount screw on the back. I have been using a phone holder, but sometimes my pressing twists the holder off. Again, thanks for making stenography more accessible.